If you’re wondering what the uses and benefits of Black Castor Oil are, then you’ve come to the right place!

Although Castor Oil has been used for centuries amongst natives who have been privy to its beneficial medicinal and beautifying properties, it is only in recent times that we have seen a boom in the use of black castor oil within the beauty market – lucky us!

To better understand the appeal and success of black castor oil, we are going to take a closer look at where it comes from, the differences between the popular castor oils on the market, and all the ways in which we can use black castor oil to improve our hair, skin, and body.

Before we take a deep dive into all the incredible health and beauty benefits of Black Castor Oil, let’s gain a little insight into its origins and makeup.

What is Castor Oil and Where Does it Come From? The castor oil plant, also known as ricinus communis, grows best in tropicazl summer rainfall climates, and is mainly cultivated in Africa, Jamaica, India, China, South America and Haiti.   A majority of the world's castor oil (extracted from the black castor seed) is cultivated and exported from India and primarily sold and consumed within North America, China and Europe where it is commonly used in soaps, cosmetics, waxes, lubricants, pharmaceutical products and cooking, due to its unique composition and multitude of benefits, of course.

What are the Differences Between Castor Oil and Black Castor Oil? There is a lot of information out there about castor seed oil, and with so many varieties available in the market it can definitely feel confusing and even daunting to sift through it all.  Lucky for you, we are here to break it down!  First things first, let’s review the differences between castor oil and black castor oil.

It’s all about the extraction process.  Your standard castor oil can be anywhere from a pale-yellow color to nearly clear. The pale-yellow color occurs when cold-pressed castor oil is extracted from castor seeds under great pressure, producing this lighter, cleaner and thinner form of oil because it doesn't undergo the roasting process.  The clear castor oil, however, is likely due to a refining processing involving bleach, coloring agents, deodorization, hexane, heptane, and other solvent extractions, making the castor oil thinner, odorless, and void of many of its natural benefits.

Black castor oil, however, is derived through the process of roasting the castor seeds (which produces an ash dark color), followed by grounding and boiling the beans to extract the oil, leaving it with a rich amber color. Another notable difference is the added benefits the ash content imparts to the black castor oil; it not only enhances the properties of the castor oil, overall, but it also raises the pH level making it more alkaline, which opens your hair cuticles giving the oil more clarifying properties as compared to the clear castor oil.  So, “clearly”, not all Castor Oil is created equal!  Far from it!  Let’s break down a few more of the benefits associated with black castor oil below. Black castor oil has been used as a natural remedy for hundreds, if not thousands of years, to alleviate a multitude of concerns, inside and out. Its unique composition - as one of the few essential oils that contains an abundance of ricin oleic, linoleic, oleic, stearic, and linolenic fatty acids - is part of what makes it so beneficial for the skin, hair and body.  It’s most distinguishing characteristic is its incredibly high concentration (at 90%) of ricinoleic acid, a powerful monounsaturated fatty acid which allows the oil to carry maximum moisture, vitamins, proteins, and omega 3, 6and 9 to the hair and skin!

Black castor oil has been clinically shown to fight the hormone DHT which causes hair loss; leading to its highly praised ability to stimulate new hair growth. It’s also rich in omega 3,6 and 9 fatty acids which promote overall skin, scalp and hair health. While the Increased circulation to the scalp and roots encourages stronger, healthier hair strands on the scalp, it also promotes thicker eyebrows, and eyelashes - which makes it great for all hair types.

Because of its high concentration of vitamin E and it’s anti-inflammatory and anti-bacterial properties, black castor oil is an effective, natural remedy for cleansing and nourishing the skin, clearing away acne, and healing scars. It’s hydrating abilities also make it a great anti-aging product, reducing the appearance of fine lines and wrinkles. Black castor oil can treat menstrual cramps when applied to the outer layer of the skin over the ovaries. Most effective when applied a few days before one’s period is scheduled to arrive. For 20 minutes each day, add black castor oil to a cloth and cover the area, then use a heating pad over the fabric to stimulate circulation and reap its soothing benefits.

The application of black castor oil to an area where there’s pain in the joints or muscles can temporarily relieve the discomfort because of its anti-inflammatory properties. Wrap a fabric with 5-6 drops of black castor oil around the area in need, cover with plastic and then with a heating pad or a towel that has been immersed in hot (not boiling) water, use as an outer layer for muscle or joint relief. You can also add black castor oil to your steaming bath for added relief and relaxation. What Can You Use Haitian Black Castor Oil For?

Unrefined Haitian Black Castor Seed Oil can be used in numerous ways for one to reap all of its beauty benefits. When used consistently over time, your scalp, hair, and body will feel and look much healthier. Haitian Black Castor Oil is great for those with dry or damaged hair and skin, as well as those with a dry scalp and/or dandruff, because it will nourish, protect, cleanse and heal the scalp providing the necessary environment for healthy hair growth. 
The removal of calluses, corns, warts, and moles

Relief in arthritis pain, back pain, and muscle aches (including menstrual cramps)

How to Use Haitian Black Castor Oil For added growth and volume:
To hydrate thirsty hair:

Apply Haitian Black Castor Oil: Original to your eyebrows and eyelashes with your finger or a clean mascara brush after washing the face with an all-natural cleanserlike Haitian Moringa Oil: Facial Cleanser to remove all barriers to penetration of ingredients. Repeat daily and overnight for optimal results.

Add a few drops of the oil to your hands or your favorite moisturizer and apply directly to face and neck.  Haitian Black Castor Oil is also great when mixed with sugar or raw honey to create a DIY natural exfoliator to remove dead skin cells and rejuvenate the skin so that it glows!  Additionally, you can buy a whipped cream that uses Haitian Black Castor Oil as one of their main ingredients to further benefit from this powerhouse ingredient in another easy to use formulation.

Who Can Use Haitian Black Castor Oil? Everyone! Adults, children, men and women of all races and ethnicities can enjoy this wondercure ingredient!  Simply vary the amount and manner of use depending on your hair type, texture, and length.  If you have straighter or thinner hair you should use a dime size to quarter size amount focusing on portions of hair where most damage is present (amount can vary depending on hair length, of course) or apply a very small amount of oil to the scalp or ends only if wishing to treat specific concerns.  Alternatively, if you have oily hair then it is best to apply the oil right before washing your hair as a leave-in or hot oil treatment, or by adding it to your favorite shampoo and conditioner to reap the benefits without weighing your hair down. Kreyòl Essence is the gold standard because of the way we produce our Haitian black castor oil as well as the ways in which we give back, on a global scale.

Our oil is extracted using a traditional method that includes roasting, grinding and cooking the castor seeds by hand - the way it has been done for centuries in Haiti.  Our beauty artisans then naturally screen filter the oil with a mesh (our oil does not undergo a refining process).

Additionally, we are the only mainstream company that makes its own Haitian Castor Oil as opposed to simply buying the ingredient without control over the quality.

We are selective about our ingredients, our processes, our environment and our retail partners. Your experience with our products matters to us, just as much as the process and production of the product itself.

We strive for a product with a purpose – with every purchase, we are supporting the creation of jobs for women and farmers in Haiti, reducing deforestation and generating a positive environmental impact, globally.

Go to kreyolessence.com to learn more and to see our entire assortment of natural and ethical products, made to give you’re hair, skin and body the nourishment they need and deserve! The Best Oils for a Better Shave (Men and Women) The Power of “Light” - EXCLUSIVELY at goop.com!

This is the best moisturizer I've used on my skin. Smooth, smells fantastic and leaves your face glowing (not greasy). It was so good I bought the bigger size :)

Love the consistency. Not greasy and give complete moisture. I love putting it on before bed. 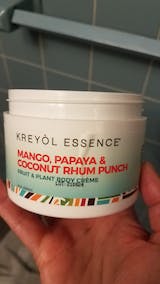 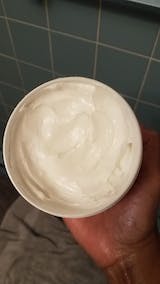 This oil is perfect. It’s very light in smell and gets the job done when applying to hair and skin. I apply it on my hair and my hair comes out naturally curly days later. It also last for a while cause my hair soaks up oil quickly. I’m going to continue to be a loyal customer. Perfecto!!!!!

I like the leave in detangler it keeps my hair soft and moisturize. I have 4c hair it helps me a lot