Kreyol Essence started as a hair treatment made from black Haitian castor oil, which the owners refer to as ‘magic oil’ that fixes damaged hair. They have since expanded to more hair and skin care products. The products are eco-friendly and made from natural ingredients, focusing on dry hair and dry skin.

Here’s what you need to know:

1. The Company Started After a Hair Catastrophe

Momperousse, the founder and CEO of Kreyol Essence, is a Haitian woman who was born in Brooklyn. She currently lives between southern Florida and Haiti.

The idea for Kreyol Essence started after a hair catastrophe. Momperousse headed to the salon to get her hair straightened, but her hair later fell out due to damage caused by the high heat of the hot iron. She remembered that her mom used to use a ‘magic oil’ in her hair and called to ask what it was, learning that it was ‘Lwil Maskriti,’ Haitian Black Castor Oil.

Trying to find the oil in Philadelphia, where Momperousse was at the time, was impossible. She asked her mom to send her some and joked about starting a business selling it in the United States. Her mom thought it was a great idea and it might help stimulate the economy in Haiti.

2. They Aim for Long-Term Social Impact

The goal beyond Kreyol Essence is not just to provide hair care to people looking for it, but also to help the Haitian economy. The company calls itself a “for-profit social impact company.”

When starting the company, it was important for Momperousse and her mother to be able to help people living in Haiti. Kreyol Essence partners with local nongovernmental organizations in order to build a cooperative production model that helps ensure farmers have what they need to grow quality crops and products.

“We had to have financial education as to why it’s important for [workers] to own their finances…” Momperousse told Miami New Times. “We feel part of our long-term social impact is being able to take the time to teach those life lessons, to have a clear vision for financial empowerment.”

Kreyol Essence also employs many women in Haiti; according to their website, women are the victims of gender-based violence and extreme poverty due to high unemployment. Because of this, 90 percent of Kreyol Essence employees are women.

3. The Product Has Been Featured in People , Marie Claire & More

Kreyol Essence products have made impacts with print media and celebrities. In September 2018, the product was featured in Marie Claire magazine as an important beauty product.

In her holiday gift guide for 2019, Jada Pinkett Smith recommended Kreyol Essence in People. During her talk with her mom Adrienne Norris and Willow, Smith picked out thoughtful gifts that highlighted women, people of color and ethical companies.

“Let me tell you: I love my oils,” Pinkett Smith said. “In the cold weather months my scalp gets really dry, but when I discovered this amazing oil those problems lessened. This one’s non-greasy, plant-based and penetrates the deep layers of the scalp. Ninety percent of Kreyol Essence is run and led by women, and it’s a socially conscious business focused on providing Haitian women with employment.”

The company was also featured in Glamour magazine’s article “The Best Place to Find All-Natural Black-Owned Beauty Products.” In the article, they say the castor oil is “the holy grail for hair growth” and say it’s worth its weight in gold.

BeautyX is a knowledge community that holds annual summits to focus on beauty entrepreneurship and key topics. It features segments on knowledge, networking and thought leadership.

In February 2019, BeautyX featured Momperousse’s testimonial for why she attends the summit every year. In the testimonial, she said that indie beauty has the knowledge to help her take her company to the next level and that it was important to understand who she’d be dealing with within the industry.

On top of BeautyX, Momperousse also attended the Indie Beauty Expo in 2018, where she was nominated for best in show in the “best body moisturizer” category. The Beauty Independent Facebook page also indicates that Kreyol Essence attended BeautyX again in 2019 since they won a giveaway.

5. They Almost Did Not Go Forward After an Earthquake

After speaking with her mom, Momperousse decided to launch Kreyol Essence. However, a devastating earthquake hit Haiti on January 12, 2010. At that time, Momperousse wanted to put the company on hold and focus on providing emergency care for people in need.

“Now more than ever, our people will need jobs and a way to be self-sufficient,” her mom told her. “When the donations stop, how will the country survive? I need you to persevere in making this dream a reality as the lives of many are at stake.”

The dream for the company continued thanks to the speech from her mother, and it officially launched in 2014. Momperousse now runs the company with her business and life partner Stephane Jean-Baptiste.

Jean-Baptiste and Momperousse had a tough time with the sharks on Shark Tank. After a lot of negotiation, they ended up making a deal with Kevin; he will get 25 cents royalty on every product sold and 5 percent equity in the company for his $400,000. 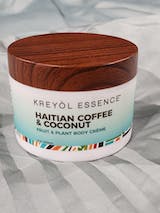